IN THE MEDIA: This Frontline Service For Victims Of Workplace Sexual Harassment Is At Risk Of Closure 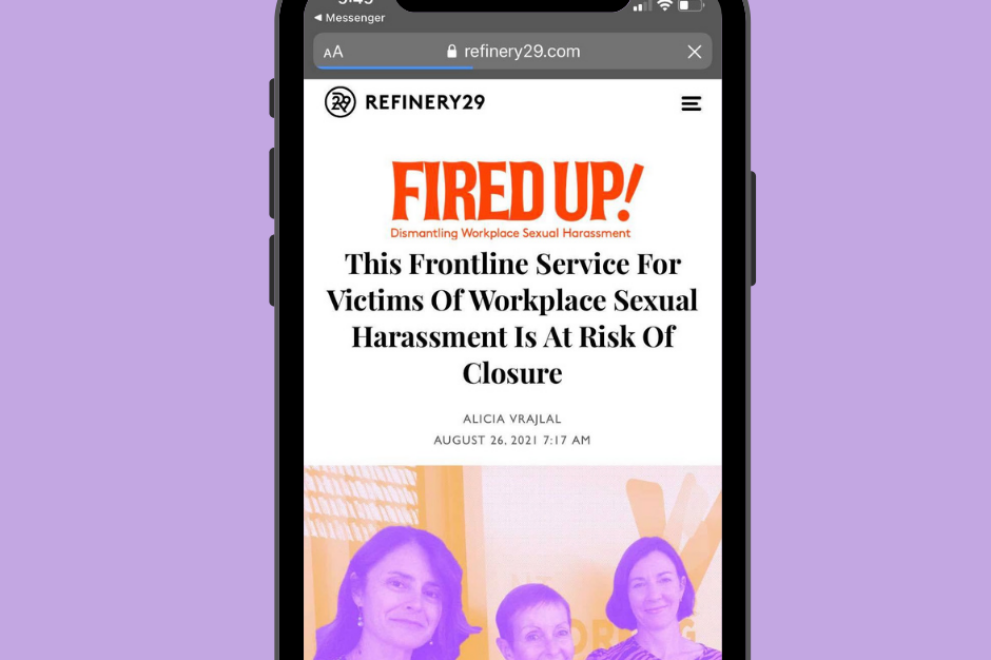 The Northern Territory Working Women’s Centre — a community-based non-profit organisation that supports women through gender discrimination, sexual harassment and assault in the workplace — is at risk of closure. Sign the petition to demand federal funding — it only takes 2 minutes! To read more about Refinery29 Australia’s long-term initiative to dismantle sexual harassment in the workplace, visit the #FiredUp hub.

If you haven’t had to rely on the services provided by working women’s centres (WWC), you’re unlikely to know what they are and the critical role they play. But for many women in Australia, the WWCs are the only free frontline service within reach, providing them with support and advice on work-related matters including underpayment, wage theft, parental leave, bullying and workplace sexual harassment and assault.

While working women’s centres once existed in New South Wales, Tasmania, Queensland, South Australia and the Northern Territory, funding cuts over the years have meant they now only operate in the NT, QLD and SA. With branches in Darwin and Alice Springs, the Northern Territory Working Women’s Centre (NTWWC) saw its core federal funding taken away in December 2020. It currently faces the direst situation, with the threat of closure by the end of the year looming unless it receives urgent government funding.

In May, the federal budget pledged $3.4 billion to support women, but only $200,000 was allocated to split between the QLD and NT working women’s centres.

Nicki Petrou, the director of the NTWWC, says the NT government gives the centre $200,000 a year, but another $700,000 annually is needed to keep it open. If the federal government doesn’t commit to this funding soon, she fears being forced to make staff cuts, reduce operating hours from five to three days a week in September, and potentially closing doors in November.

“[The funding] will be able to at least fund us properly, and to be able to respond appropriately to the demand,” Petrou told Refinery29 Australia.

Abbey Kendall, the director of the SA Working Women’s Centre, said the government needs to take Jenkins’ recommendation seriously because

“sexual harassment, and sexual violence in the workplace, in our view, is the number one work health and safety issue in Australia.”

“The Federal Government can make a decision tomorrow to say that the working women’s centres are a priority and put proper funding into Queensland and the NT,” she told Refinery29 Australia.

“We should be funded to adequately deal and respond to an issue that is pervasive. It also ruins people’s lives, and it kills people, and it’s not being dealt with properly.”