Appointments will be held at the Legal Advice Clinic – City West Campus on:

This free industrial advice is available for all UniSA students and the general public living in South Australia.

To make an appointment please telephone WWC SA on 8410 6499 or complete the online form at: Details on how to register here

Accessibility: Please note that this venue is not wheelchair accessible, there are volunteers who can assist with accessing the venue if required, but only upon request. 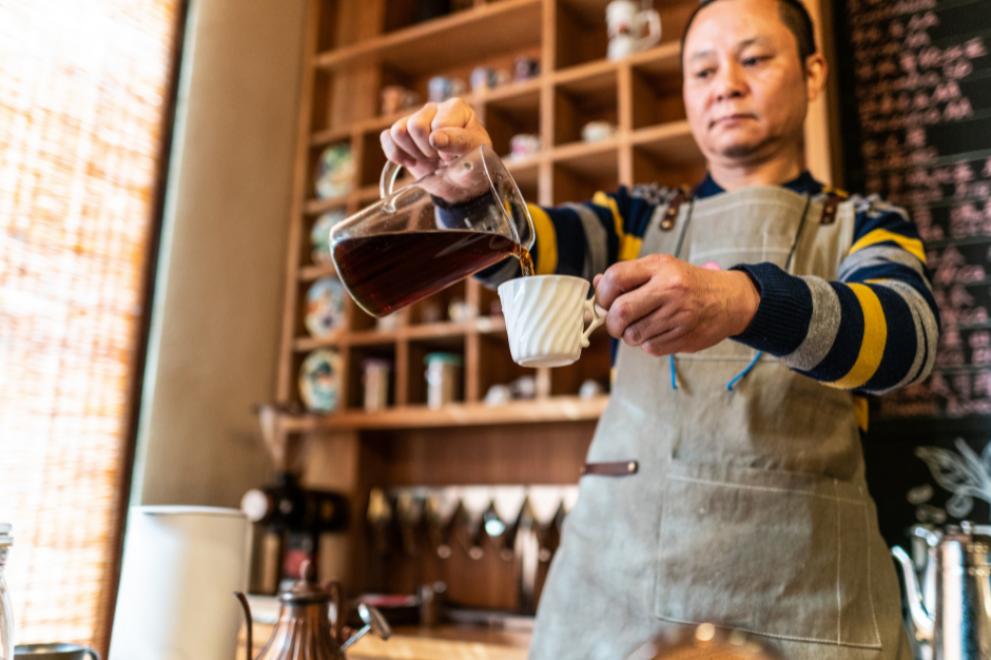 Do you need free, confidential legal & industrial advice about your rights at work?

• Wage theft? Do you think you may not be being paid correctly?
• Unfair dismissal? Have you been dismissed from a job recently?
• Discrimination? Have you been treated badly at work due to race, gender or age?
• Sexual harassment?
• Bullying?
• Sham contracting? Does your employer call you a contractor, however you may be an employee?

SA Weekend: Underpaid workers fighting back in the courtroom

Read the full article on the Advertiser SA Weekend here.

Xiao An was looking for a job. She had recently graduated from her marketing course at the University of South Australia and the Chinese ­national was keen to stay in Adelaide. Like many international students, Xiao An looked on the Adelaide BBS website. It’s a kind of Chinese-language marketplace where you can find houses to rent, cars to buy and where jobs are advertised.

“When I graduated I wanted to find a job and get some experience,” the now 21-year-old says. “I feel this is suitable for me and I applied.”

The job she found was in advertising and sales for a wine business based in the city. Xiao An, not her real name, was there for two months and was never paid. The ­excuses started early. It was the end of the financial year, she was told. The company was being restructured.

“They even showed me the screenshot of the bank account of the company, saying they did not have enough money to pay so I have to wait,” she says.

“I feel like I am constantly being frauded. The boss kept making unrealistic promises to me that I’ll be promoted, getting a high ­yearly salary.”

All the while, Xiao An was working five days a week, sometimes weekends as well.

“I had to work full-time, and even overtime during weekends in that toxic, competitive environment but nothing was paid. Sometimes after working, I cried all the way to home. It was so stressful,” she says.

The issue of workers being underpaid, or not paid at all, was thrust firmly into the spotlight in February when a video of an assault at the Fun Tea store in Chinatown went viral. The video showed a young worker at Fun Tea being slapped and kicked after complaining she was only being paid $10 an hour, less than half the wage the worker was entitled to. The ­national minimum wage is $20.33 an hour.

A man called Lei Guo has pleaded guilty to the assault and will be sentenced next month. Guo was said to be a friend of then Fun Tea director Jason Duan, who later appeared on a video with a Sydney-based YouTube user and admitted he had only paid the victim $10 an hour.

The assault of the young student caused immediate backlash and brought renewed focus on to a dark part of the national economy – the exploitation of young and vulnerable workers by those who employ them. Often they are international students on visas with no understanding of their rights, with poor English skills and little support.

That investigation is ongoing but in April, the Ombudsman Sandra Parker said: “Our intelligence indicates that Adelaide’s Chinatown precinct employs many workers on visas who may also have limited ­English skills, which can lead to vulnerability and exploitation.” It is expected the Ombudsman will file charges year end.

Part of the solution may be for universities to provide more information to its students when they arrive in the country to tell them what their rights are and what support is available to them.

Meng Liu came to Australia in 2018 to study social work at Flinders. She, too, was ripped off by an employer.

“The first month I was here, I realised that everyone around me was doing an underpaid job, like all the international students I knew,” Liu says. “At that stage I didn’t know that was illegal. 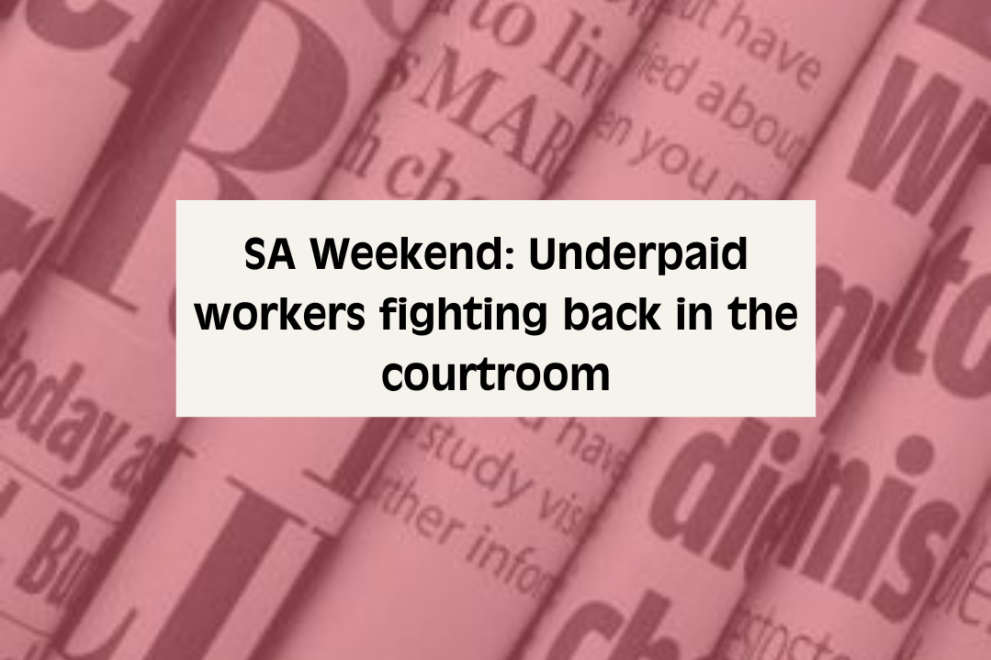 The Working Women’s Centre in collaboration with Fair Go SA, will co-host an educational workshop on worker’s rights and the Fair Work Act.

This will be followed by a confidential (one to one) advice clinic for any workers who need free industrial advice about work.

Our workshop will cover topics including:

At the Confidential Industrial Advice Clinic you can: 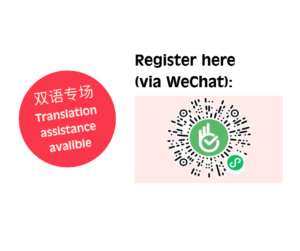 If you cannot register for this event via the We Chat QR code, please email to register: reception@wwc.org.au

Accessibility: Please note that this venue is not wheelchair accessible, there are volunteers who can assist with accessing the venue if required, but only upon request.

Introduction by Croakey: The “shocking global disparity” in access to vaccines remains one of the biggest risks to ending the pandemic, the World Health Organization’s Director-General warned this week.

Speaking to a media briefing on 10 May, Dr Tedros cautioned against complacency as the number of COVID-19 cases and deaths plateau globally, notwithstanding rapidly increasing cases numbers and deaths in the South-East Asia region.

“Any decline is welcome, but we have been here before,” he said. “Over the past year, many countries have experienced a declining trend in cases and deaths, have relaxed public health and social measures too quickly, and individuals have let down their guard, only for those hard-won gains to be lost.”

The WHO Foundation has launched a “Together for India” appeal to raise funds to support WHO’s work in India, including the purchase of oxygen, personal protective equipment and medicines.

Dr Tedros said the spread of variants, increased social mixing, the relaxation of public health and social measures and inequitable vaccination are all driving transmission.

“My message to leaders is, use every tool at your disposal to drive transmission down, right now,” he said.

“Even if your country has a downward trend, now is the time to surge your capacities. Even in countries with the highest vaccination rates, public health capacities must be strengthened to prepare for the possibility of vaccine-evading variants, and for future emergencies.”

Meanwhile, public health researcher Alison Barrett details some of the latest research news on COVID vaccination and useful vaccination resources in the latest edition of the COVID-19 wrap, as well as reporting on the pandemic’s impact on women. 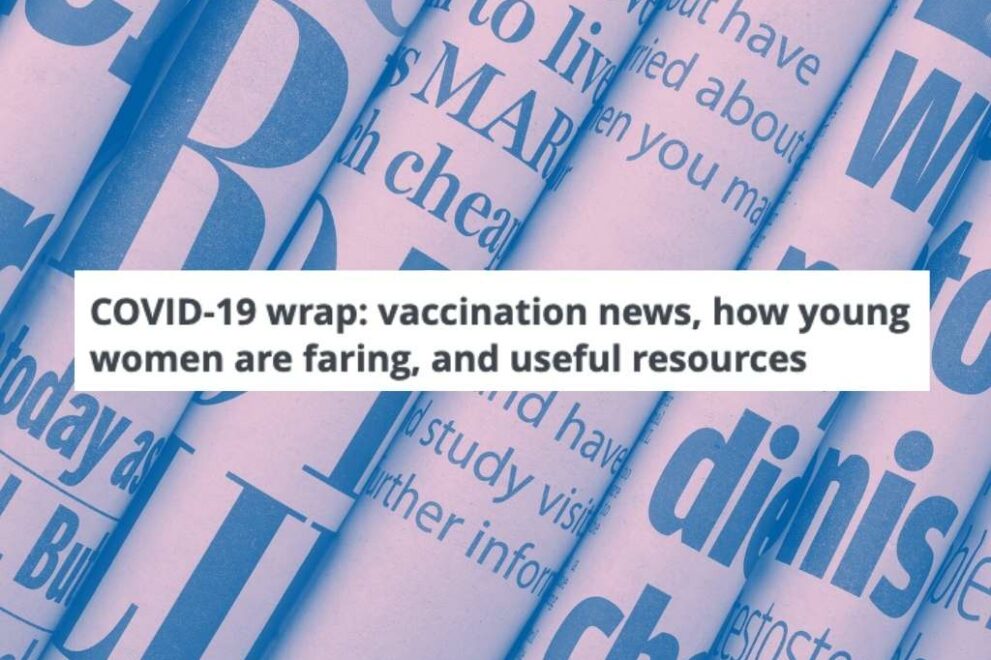 A sample survey of South Australian women aged under 30 has revealed heightened anxiety and a lack of optimism about job prospects due to the global coronavirus pandemic.

Almost 300 women aged under 30 were surveyed by the Working Women’s Centre SA between September 2020 to February 2021.

More than 70 per cent of respondents said they had become “more anxious, sad or depressed” due to the pandemic, and 44 per cent said they were “discouraged” about the prospect of finding work.

“The social and economic ramifications of COVID-19 have disproportionately affected young women compared to other demographics,” the report stated.

More than half of respondents found “their way of working disrupted” and more than a quarter “had their hours or pay reduced”.

Nearly half said they were “very worried or anxious” about money.

“This is a stark demonstration of the vulnerability of female jobs to disruption.

Working Women’s Centre youth project officer Maddie Sarre said the findings represented “a snapshot” of how young women in SA continued to be affected by coronavirus and its ongoing economic effects.

“Many young women are employed casually, in sectors that were strongly impacted by restrictions, such as hospitality, arts and entertainment,” Ms Sarre said.

“On the other hand, those that continued to work during the pandemic faced increased pressure, through increased workloads and stress in frontline sectors such as healthcare. 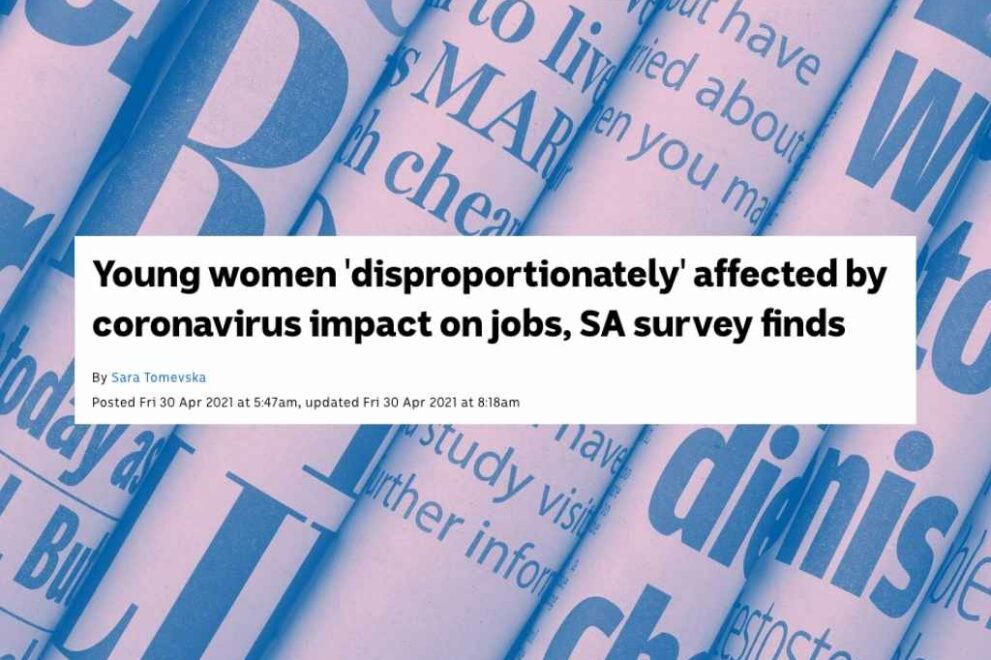 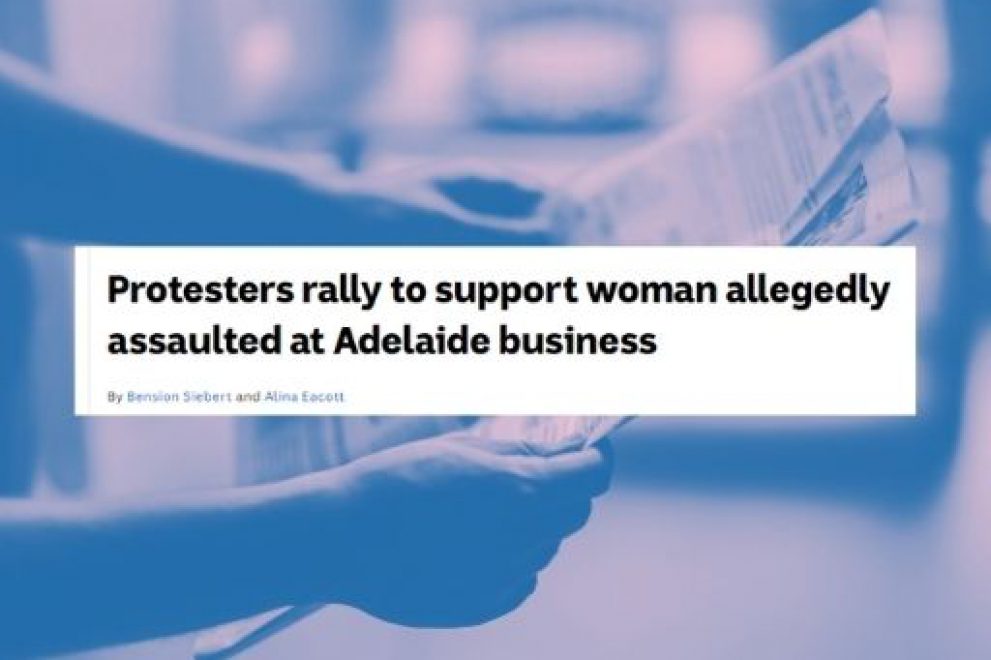