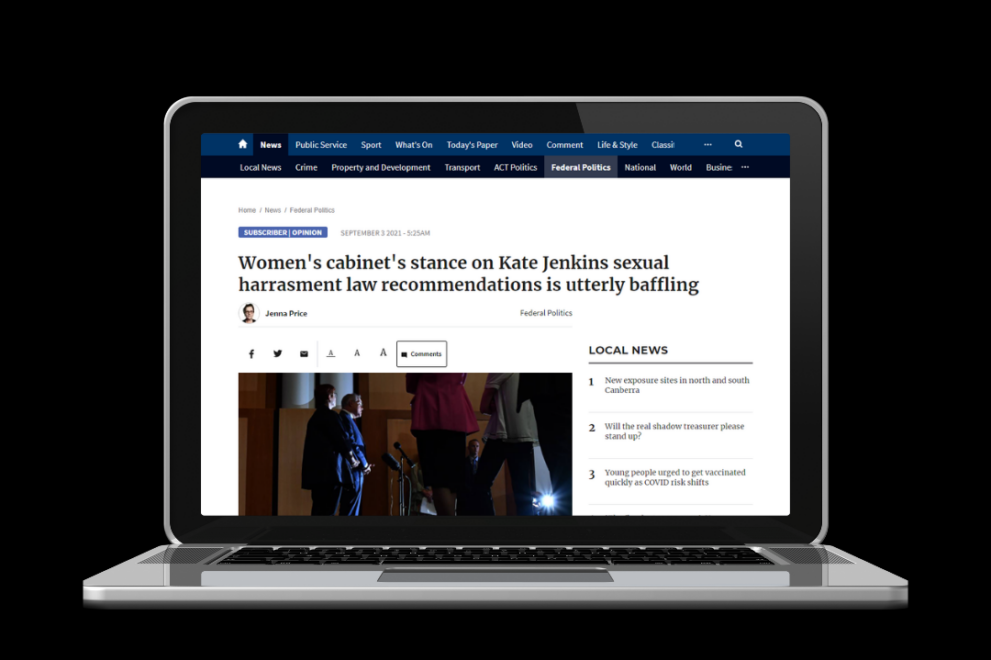 Our Director Abbey Kendall spoke with Jenna Price, for the Canberra Times.

…”there’s one other important recommendation made in the Jenkins report which is being ignored: Working Women’s Centres in every state and every territory. These are brilliant organisations which have been worn away by years of neglect, and now we need them more than ever. Abbey Kendall is the director of the WWC in South Australia, and says the centre gets fantastic support from the state Liberal government. She is calling on both the federal government and all the other state and territory governments to get out there and either re-establish centres where they have

closed or fund the ones currently in peril, including those in the Northern Territory.”

“We don’t want a culture where we expect the onus to be on the victim or survivor and therefore make women take the first step and react to sexual harassment, as opposed to stopping it from happening in the first place,” says Kendall.”